Your mom won’t call me suitable. Yeap, it’s not meant for moms or dads or teachers or any such stereotypes. It’s essentially meant to break establishment. The new Jabong TVC with its old positioning ‘Be You’ is a bold statement, to say the least. Not only is its execution so refreshing but also is its thematic portrayal, liberating. Yet, if you look closely, you will see Jabong has used those age-old marketing formulae that have never failed. What I am going to share here is not new for seasoned marketers and brand gurus. They must be at the moment smiling at the ad saying: oops, someone did it again!

So here’s what I observed and learnt from the new Jabong TVC campaign:

The edgy Jabong Ad is targeted on one specific section of buyers: the Generation Z (people born in mid 1990s and early 2000s). Notice the offbeat apparels, settings, portrait positions, sexual orientations, bold colours and dark undertones. Boys wearing ornate nose rings, girls with sliver eyebrows, a jumbo electric table fan or the voice over: I am not a match, I am not a catch. Your mother won’t call me suitable. The advertisement here makes the distinction: Jabong is not for your mother, it’s for YOU - Jabong's user. Imagine how exhilarating this is for a 20-something. Not that Jabong wishes to eliminate a whole older generation of potential buyers. But that the brand marketers know that the Gen Z will live for the next 40-50 years. If they struck a chord with them now, their brand will sell for another 40 years. I see it as an eCommerce brand planning its future.

2. Associate a strong idea with the brand

One of the oldest marketing and branding tricks: make your product stand for an idea. Why? Because once your customers learn to associate a strong idea with your product, the latter would automatically be a bestseller. Remember the Times of India’s campaign that said – A day in the life of India, Times of India. This meant that the iconic daily has been around every day with whatever has happened in India. Or how Amul uses a current burning issue plaguing the world and associates it with its own butter brand. Similarly, Jabong picked up the ‘Be You’ positioning and successfully conveyed it with counting the shortcomings of the younger generation. Social psychologist Fiona Lee in her research states, “admitting shortcomings is a great way to simultaneously highlight your strengths.” Jabong thus identified with those with shortcomings and appealed to their weaknesses.

Oh boy, it’s what we all want but wouldn’t get ourselves to admit. Rebellion stands for many things actually. What are its undertones? You want to break free, you want to be different, you don’t want rules. Always works. You allow your brand to break the convention, it automatically stands out. The anti-establishment feel of the video where you see a domineering plus-sized model daring to bare or effeminate male models or attires that are considered inappropriate in respectable societies etc, are all meant to convey the same feeling. This topped with the flawless copy: You don’t have to call me pretty, you don’t get to call me ugly.

Why didn’t Jabong that was saying ‘Be You’ and clearly rebelling against the Indian conventions pick an English rock number? They could have picked up any song from the Beat Generation or hard rock genre that have a history in rebellion. Why did they choose an Indian background score with a feminine voice ? You see despite that the Gen Z members want to rebel, are against establishment and convention, they do want to BELONG. In this ad, the millennials belong to the ‘rebellious unapologetic generation’. Yet, they need a context. Do they belong to the rest of the world or the Indian rebellious generation? Gen Z generation is not particularly against the West or against Indian culture. Those belonging to the Gen Z are after all social animals just like their older counterparts and they too need context. And the context is still India and Jabong knew who their target was. Researches have shown over the years that people like being labeled. In fact, they are more willing to participate in a group’s message if they belong there. Rebellion is their group’s message here. Harvey B Brown, London-based creative and art director who directed the TVC commented in an interview recently: "Fashion can be bold and brave and yet be within reach.”

5. Pick the most edgy emotions

If you had to choose some of your most pressing emotions that drive you nuts or make you want to smash everything around you, what would you pick? Most likely those emotions would be anger, envy or feelings of rebellion. Why I asked this question is because the most pressing feelings lead to some kind of action. What does a leading eCommerce retailer want the buyers to do? Take action: Push the Buy Button. So Jabong decided to play on the two over-riding emotions depicted beautifully in the entire Jabong TVC: anger and rebellion. Just pause the ad from any point, and you will still see these two emotions clearly from the little details: the accessories or shoes or the boots, or hairstyles or the close-ups of eyebrows, the piercings, the lip colours, half-painted male faces etc.

I am sure you observed those colours too: blood red, glittery greens, a lot of black. Do you know what these colours mean? Red represents youth and power. And 93% customers are influenced by the appearance of a product. Obvious, isn’t it? Green usually represents prosperity, health, nature etc. It’s possible Jabong used it to add a certain amount of pleasantness to the rebellion theme. Black stands for superiority and power. Needless to say, it definitely makes the target audience feel powerful. The TVC director Brown further adds in his interview: “Beauty in advertising is usually defined to fit set criteria. I wanted our styling to be contrarian and inspirational. So, you'll see young men and women wear shirts as colourful turbans, sweatshirts as pants, men's trousers as women's jackets, and so on.” This is one of the finest examples of using visual psychology. That’s because the ad will hit the subconscious minds of even those who hated it.

The ad totally kills it with the background score that sings: Aaja bazaar mein!

I have a tendency of doing a post mortem of sorts whenever I see something refreshing in the world of advertising. If there are any advertising/branding lessons you learnt from this particular ad, do share with me here. 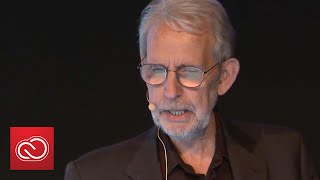